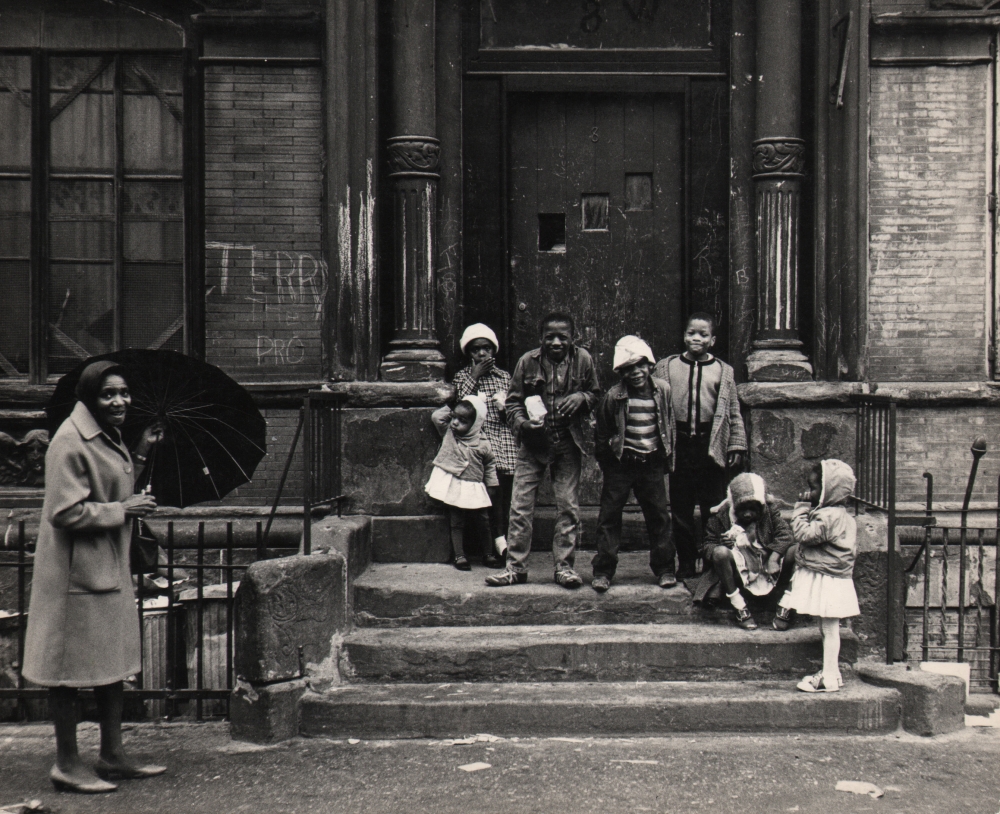 The Kamoinge photography workshop has been documenting life for nearly six decades. In 1963, in New York City, a collective of African American photographers seeking artistic equality and empowerment formed Kamoinge. It is a forum for members to view, nurture, critique, and challenge each other’s work. The name “Kamoinge” comes from Kenya’s Kikuyu language and means a group of people acting together. The exhibition: 3 Points of View by Kamoinge Photographers at the Keith De Lellis Gallery in New York City showcases the work of Anthony Barboza, Beuford Smith, and Shawn Walker.

“The Kamoinge collective is very important as it expands the history of photography in a way that adds inclusiveness to a generation of African American photographers that has gotten scant attention up until now,” said Keith De Lellis. “Their moment has come and museums and collectors are re-evaluating their collections to right the wrongs of the marginalization of artists working outside the mainstream, but still very much in sync with work of their white contemporaries.”

In an interview with Timeline, founding member Shawn Walker said, “We were excited about being able to express ourselves and represent our view of our community visually and aesthetically.” The work of the Kamoinge photographers “tells the story of their lives and experiences from a personal perspective as opposed to having a white photographer, that is to say, an outsider documenting what it means to be Black in America,” said De Lellis.

Anthony Barboza is best known for his photographs of singers and jazz musicians, his work also includes everyday street life of New York City and high-profile celebrities. Barboza’s image of Grace Jones is “a stunning portrait that Anthony was so brilliant in capturing– the luminescence of the young Grace’s flawless beauty and black skin,” shared De Lellis. Shawn Walker photographed the people of NYC’s  Harlem neighborhood. His images of drug use in the 1970s were published in Essence magazine. Beuford Smith’s street photographs taken the day after Martin Luther King was assassinated in 1965, captured the shock and tension of a community.

“I noticed that when the Kamoinge members took photographs, there was a spiritual relationship with the subject, said Anthony Barboza in a 2020 interview. “You are looking at the subject, but you are feeling the photographer as well. That’s why photography is autobiographical, more than people realize.”

3 Points of View by Kamoinge Photographers at the Keith De Lellis Gallery is on view through February 26, 2021.