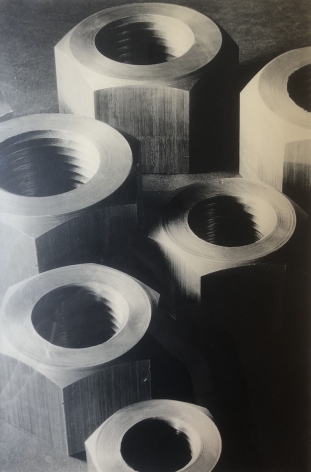 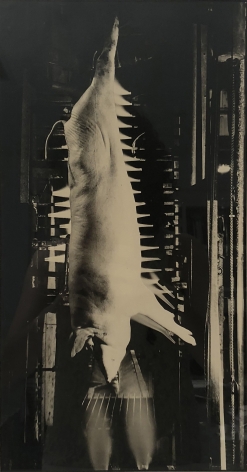 Margaret Bourke-White (June 14, 1904–August 27, 1971) was an American photographer and photo journalist. She was born in the Bronx, New York, to Joseph White (who came from an Orthodox Jewish family) and Minnie Bourke, the daughter of an Irish ship's carpenter and an English cook; she was a Protestant. Margaret grew up in Bound Brook, New Jersey. In 1922, she began studying herpetology at Columbia University, where she developed an interest in photography after studying under Clarence White. In 1925, she married Everett Chapman, but the couple divorced a year later. After switching colleges several times (University of Michigan, Purdue University in Indiana, and Western Reserve University in Cleveland, Ohio), Margaret graduated from Cornell University in 1927. A year later, she moved to Cleveland, Ohio, where she became an industrial photographer at the Otis Steel Company. In 1929, she accepted a job as associate editor for Fortune magazine. In 1930, she became the first Western photographer allowed into the Soviet Union. She was hired by Henry Luce as the first female photojournalist for Life magazine. Her photographs of the construction of the Fort Peck Dam were featured in the first issue, dated November 23, 1936, including the cover. This cover photograph became such an iconic image that it was featured as the 1930s representative to the USPS's Celebrate the Century series of commemorative postage stamps. During the mid-1930s, Bourke-White, like Dorothea Lange, photographed drought victims of the Dust Bowl. Bourke-White was married to novelist Erskine Caldwell from 1939 to 1942 and together they collaborated on You Have Seen Their Faces (1937). Bourke-White was the first female war correspondent and the first woman to be allowed to work in combat zones during World War II. During the 1950s, Bourke-White was diagnosed with Parkinson's disease. She died in Connecticut. 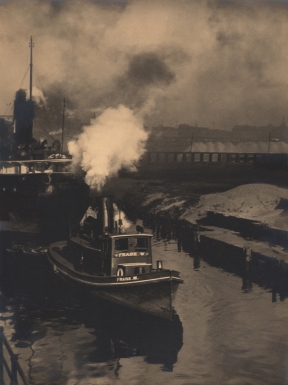